Proof That Bulgarian Monasteries Are The Most Beautiful In The World

Bulgaria is an ancient country with an incredibly rich cultural heritage. Religion has always played an important part in its history and during the 500 years of Ottoman rule, monasteries and churches were built all across the country as a means of preserving the spirit, language, culture and traditions of the people. To prove just how unique and beautiful Bulgarian monasteries are, here are 5 Orthodox ones that will simply charm you into planning a trip to Bulgaria right away! 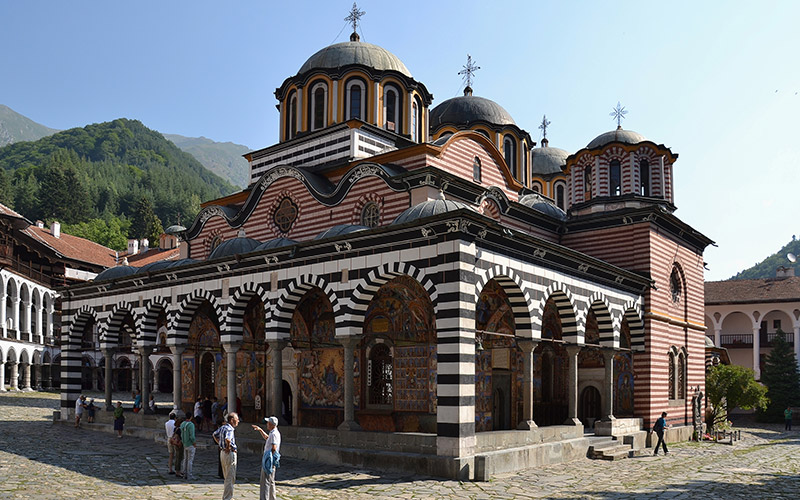 Rila Monastery is the largest and most famous Eastern Orthodox monastery in Bulgaria and an absolute must see for anyone visiting Sofia. This incredible monument symbolizes the awareness of the Bulgarian people following centuries of occupation. Rila monastery is also a protected UNESCO World Heritage site and a beautiful characteristic example of Bulgarian Renaissance (18th–19th century) architecture. The monastery was founded in the 10th century by St John of Rila, a hermit canonized by the Orthodox Church. While in the area, you can also stop by the magnificent Seven Rila Lakes, which will literally take your breath away with their natural beauty!

Here’s how to get to Rila Monastery from Plovdiv > 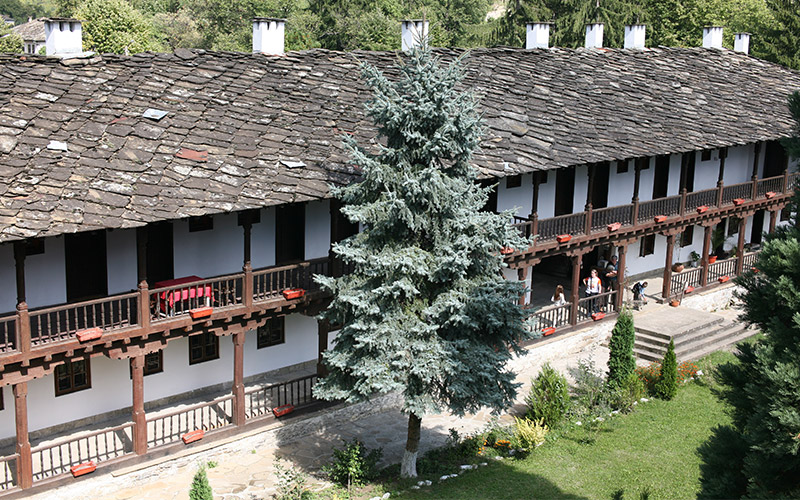 Troyan Monastery is the third largest and most important monastery in the country. Founded somewhere in the late 16th century, it’s located in the Central Balkan National Park so the drive there offers some spectacular views of mountains and endless valleys! The monastery played an important role during Bulgaria’s fight for independence from the Ottomans, serving as a citadel, school and hospital.

Since the 17th century, the Troyan Monastery has been home to one of the holiest icons in Bulgarian Orthodoxy, the Three-Handed Virgin. Many people make a pilgrimage to the monastery on St. George’s Day because of an icon of St. George in the main church. Another really interesting thing to see there is the museum room, in which the famous Bulgarian revolutionary Vassil Levski was hiding and meeting with other revolutionaries during the Ottoman period.

Here’s how to get to Troyan Monastery from Plovdiv > 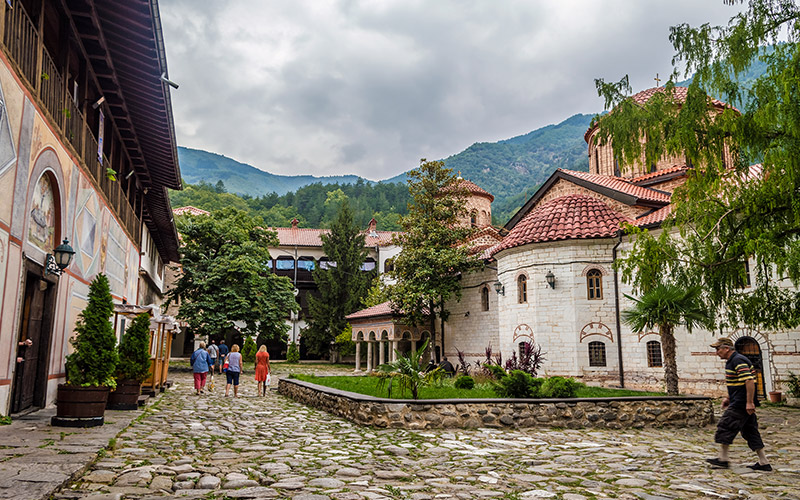 The Bachkovo Monastery is famous for its unique combination of Byzantine, Georgian and Bulgarian culture, united by common faith. Founded in the 11th century, the monastery survived the first wave of Ottoman invaders. It was later destroyed before being rebuilt at the end of the 15th century.

One of the most interesting features of the monastery complex is the Cathedral Church. There, you will find the miraculous icon of the Virgin Mary Eleusa from 1310 (brought from Georgia). According to local legends, the icon can cure the sick and help the childless. This is why many people travel to the monastery every year hoping for a miracle.

Here’s how to get to Bachkovo Monastery from Plovdiv > 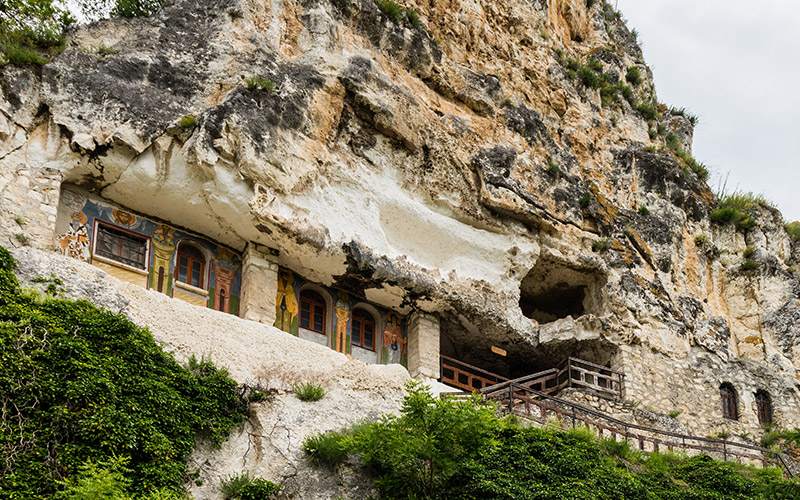 Ivanovo Monastery, known collectively as the Rock-Hewn Churches of Ivanovo, contains some of the oldest monasteries and churches in the country. It was founded in the 12th century by the monk Yoakim, who later became a Bulgarian patriarch. This impressive UNESCO World Heritage Site was hewn out of solid rock and is completely different from any other monastery complex in Bulgaria! It consists of 20 medieval churches, chapels and about 300 cells.

What’s so impressive about it? The 14th-century murals show the exceptional skill of the artists belonging to the Tarnovo School of painting. The wall paintings in the church “St. Mary” are world famous. They are among the most representative models of Paleologus Art on the Balkan Peninsula.

Here’s how to get to Ivanovo Monastery from Plovdiv > 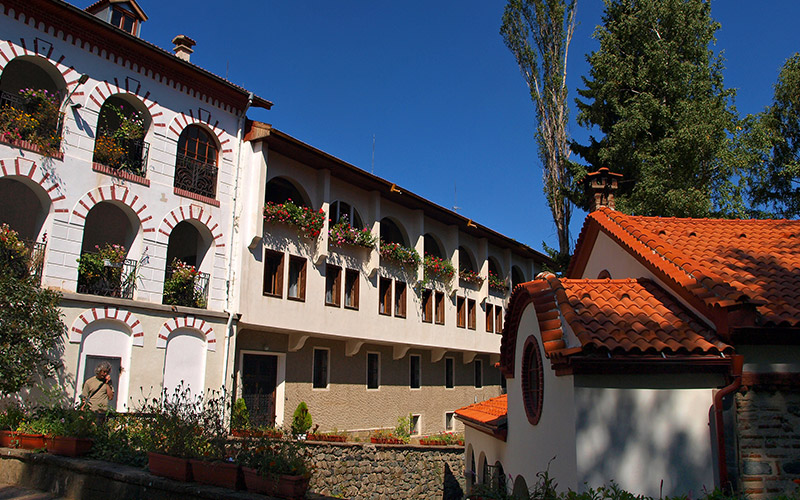 This beautiful Orthodox monastery is located on the lower slopes of Vitosha Mountain just outside of Sofia. Tsar Ivan Alexander founded it in the mid 14th century, but monks abandoned the monastery after the Ottoman conquest of Sofia. They restored it in the late 15th century when it became an important literary centre.

Besides its precious frescoes from three different time periods, the monastery is also famous for hosting a so-called “cell school” during the Ottoman rule, and producing the Dragalevtsi Testament.

Boyana Church is just a few kilometres away from Dragalevtsi Monastery. You can combine your trip to the monastery with a visit to another protected UNESCO World Heritage site.

Here’s how to get to Dragalevtsi Monastery from Plovdiv >

Ready to learn more about Bulgaria’s rich cultural past and present? Why not check out our guide to some of the most beautiful churches in Bulgaria?