Bulgaria is a country founded on thousands of years of ancient history and many civilizations have influenced the culture that we see today. The unique blend of old pagan practices, rituals and rich and colourful festivals have captured the curiosity of many, and continue to draw in visitors from all corners of the Earth. Festivals have always been an important part of Bulgarian culture. Throughout centuries of turmoil and change, they have played a key role in the preservation of local customs and traditions. If you’re looking for a unique Balkan experience, you’ll surely enjoy the incredible variety of events that take place throughout the country all year round. Here are the top 10 festivals in Bulgaria that are absolutely worth seeing!

The ritual of Kukeruvane is undoubtedly one of the oldest and most fascinating traditions to have survived from the Thracian culture. This ancient pagan practice revolves around the notion that through the use of music (bells, chants and other symbolic sounds), dance and handmade costumes, people were able to banish evil spirits and energy. Many believed that this practice had the ability to provide good fortune for the village throughout the upcoming year, as well as health and good harvest.

Nowadays, the festival occurs once a year in the town of Pernik and it’s still considered to be an important local tradition. People from all across the country dress up as different kinds of ‘monsters’ and then participate in ritualistic games and parades. The masks of the participants (called kukeri) are very creative and unique. The design of each costume revolves around the notion that through the use of particular symbols and patterns, the person wearing the clothing will be able to effectively banish the evil from the village or town.

The largest Kukeruvane event is the Surva Carnival, also referred to as the International Festival of the Masquerade Games. By its nature, the event is considered so fascinating that since 2015, it has been included in UNESCO’s list of protected non-material cultural heritage.

2/ Nestinarstvo: The Ritual of Firewalking

Nestinarstvo is another ancient pagan practice that dates back to the Thracians. It is thought that tribes who lived near the White Sea first began performing the ritual. Fire dancing is one of the oldest Bulgarian folk traditions and nowadays the event is still performed in some Greek and Bulgarian villages. The annual ritual cycle usually begins on May 21st every year and lasts for 3 consecutive days. In Bulgaria, the ritual takes place in several mountain villages in the Strandzha region, with the village of Bulgaria being most popular.

In an authentic setting, the ritual is usually performed by specially trained nestinari (firewalkers) who perform a mesmerizing dance while walking on embers. The dance consists of carefully choreographed movements, unique melodies, chants and sounds. The ritual takes place after sunset when the centre of the village is covered in burning embers. The event has long been receiving international attention due to its fascinating nature. Since 2009, the ritual has been declared a UNESCO World Heritage legacy of non-material culture.

When: June 3rd
Where: Bulgari village

The National Folklore Festival of Rozhen is one of the oldest festivals of the country. It’s very first edition was held back in 1898. Since the border between Bulgaria and the Ottoman Empire ran through Rozhen Peak, people from neighbouring villages on both sides of the border would often gather together and celebrate local traditions.

Local customs, traditions, folklore, literature, and religion were all an important unifier for the Bulgarian people during the 5-century Ottoman rule. People went to great lengths in order to preserve as much as possible from the authentic Bulgarian folklore. This included traditional folk music.

Тhe festival has been taking place every four years in the month of August. It’s a prominent nationwide event celebrating folklore and local tradition. It also happens to be the largest folk song festival in the country. For two evenings in August, you can have the chance to see some of the most prominent Rhodopean singers perform famous folk songs from the region. A symbol of the festival is the distinctive orchestra called Sto Kaba Gaydi (One Hundred Bagpipes).

When: The dates for 2020 are yet to be confirmed.
Where: Rozhen

4/ Zheravna Festival of the National Costume 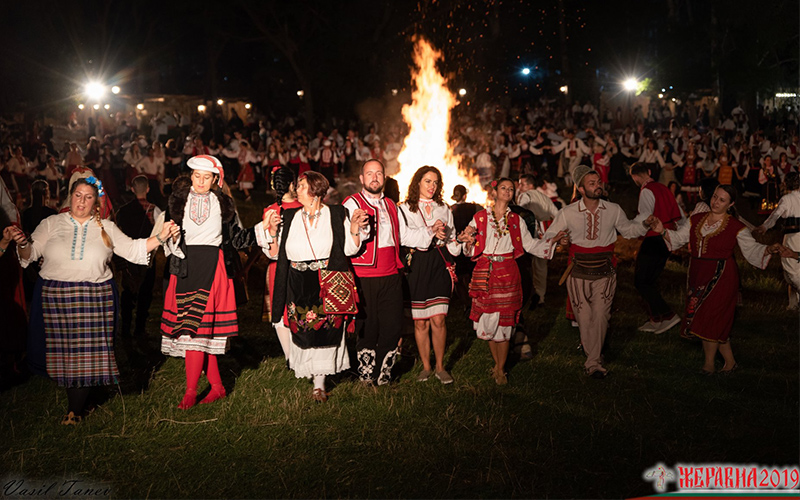 Folk costumes were worn for centuries in many villages and regions in the country up until the beginning of the 20th century. They are a very important part of the culture in Bulgaria and were typically used for expressing the identity of a particular ethnic group, as well as their social status. The costumes were always handmade from local materials such as wool, cotton and linen. They featured some very unique and intricate types of patterns (called Shevitsi), beautiful embroideries and hand-sewn elements.

The Festival of the National Costume is the largest event of its kind in the country which still celebrates the uniqueness and diversity of traditional Bulgarian costumes. The festival is held in the Zheravna architectural reserve and it gathers a very large audience every single year. What’s really interesting about this event is the fact that all those who wish to attend must come dressed only in traditional clothing and are not allowed to bring in any modern items with them.

The Zheravna architectural reserve is one of the county’s best-preserved towns from the National Revival era which makes the experience even more unique. The festival features a lot of folk music, dances, eating and socializing. 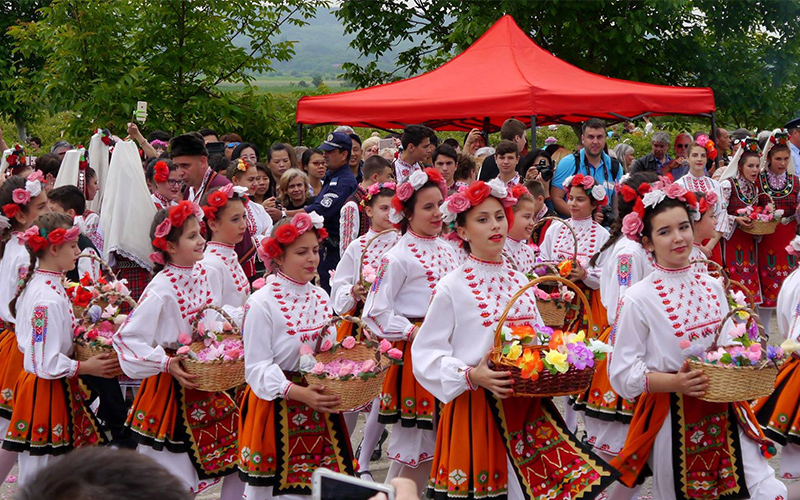 The Rose Festival is one of the symbols of Bulgaria and perhaps the most widely recognized festival outside of the country. Its very first edition was held back in 1903 and it’s a truly spectacular thing to witness. Every year, during the time of the rose harvest in June, thousands of visitors (including foreigners) all make their way to the town of Kazanlak hoping to join in on the colourful events and festivities.

Bulgaria is one of the world’s leading rose oil producers and the rose oil produced in Kazanlak is considered to be amongst the finest in quality. Visitors of the festival will be given an insight into the distillation processes and will get to see first hand just how rose oil is made (hint; it requires many roses). The festival program also features the selecting and the crowning of a Rose Queen as well as daily events, demonstrating the ritual of gathering and distilling. You will have a chance to purchase various products containing roses or rose oil such as cosmetics, soaps, rose water, homemade jam with roses, wine and rose elixir.

When: Every first weekend of June
Where: Kazanlak

Yordanovden is a prominent winter festival with great religious significance. It’s one of the most famous Eastern Orthodox celebrations of the country. The festival is meant to celebrate the baptism of Jesus Christ in the Jordan River. It usually takes place in the mountain town of Kalofer on January 6th.

The local tradition requires a service in which water is consecrated. After the ceremony, the priest throws a cross into the water and according to local customs, a number of unmarried men jump in after it, into the icy water of the river. Whoever manages to retrieve the cross will be happy and healthy throughout the entire year. Another key ritual of the celebration is the traditional river dance called ‘’horo’’ in the freezing waters of Byala Reka (white river).

When: January 6th
Where: Kalofer

The International Bagpipe Contest in Gela has been taking place for over 14 consecutive years. The event takes place in the beautiful mountain village of Gela and is a truly special experience where you can witness the power of authentic Bulgarian folklore music. In recent years the festival has gained popularity, gradually expanding beyond the borders of Bulgaria. Contestants from countries such as France, Hungary, Holland, Great Britain and even Japan come to Bulgaria so that they can participate in the unique competitions.

Every year during the month of August, talented bagpipers from Bulgaria and afar, perform in front of a panel of judges in a competition for material and cash awards as well as an honorary diploma. Around 13 000 people gather at the green meadows of Gela for the event. 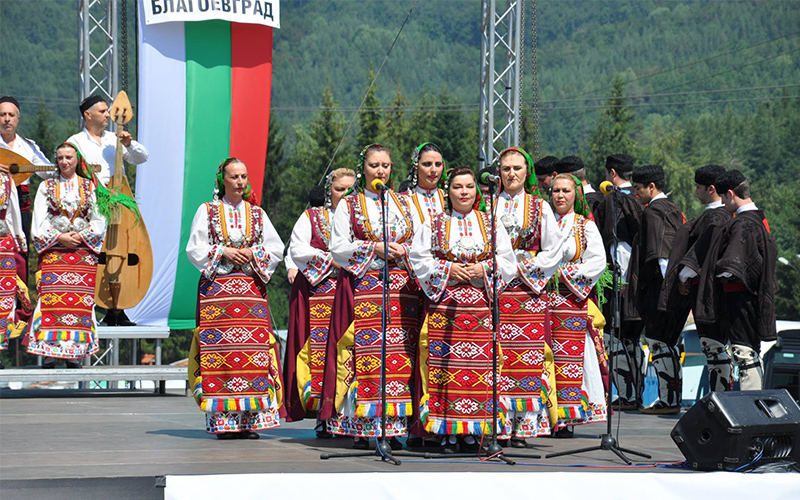 Pirin Sings is yet another festival dedicated to the magic of Bulgarian folklore music. Even though the festival takes place only once every 5 years, it still remains one of the most significant cultural festivals in all of Bulgaria. The event takes place in the Predela pass near Razlog (between the mountains of Rila and Pirin), at the beginning of August. The next edition of the festival is set to be in 2020 and it’s anticipated that the even will draw in even more visitors than the last time (between 2000 – 3000).

The purpose of the festival is to show the beauty and diversity of authentic Bulgarian folk music from the region of the Pirin mountains. Pirin Sings gathers fans of the genre from all corners of the country, as well as many foreign visitors. The festival’s programme includes various competitions between singers; a special jury announces the winners at the end. Talented singers of all ages, all dressed in colourful traditional costumes, perform their art on several open-air stages. 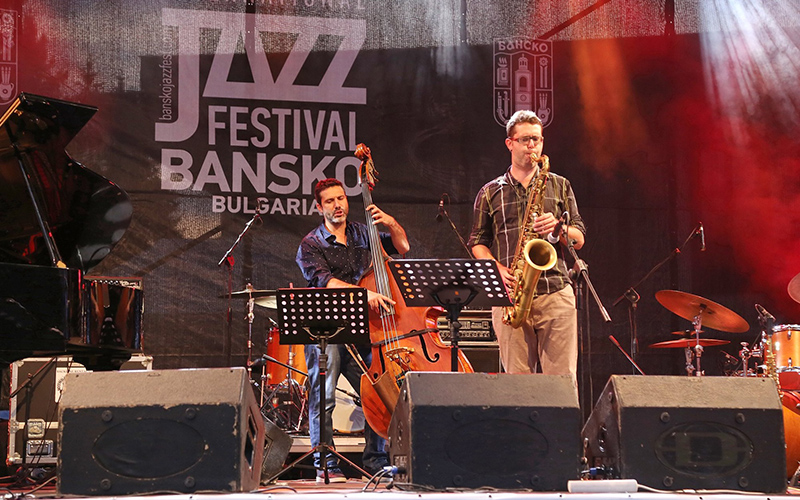 The International Jazz Festival in Bansko is one of the biggest musical events in Bulgaria. Its first edition was back in 1998 and since then it has become an annual event which draws in visitors from all across the country and abroad. Some former guest performers include the big formations of Vili Kazasyan, Georgi Borisov, Angel Zaberski, Big Band Blagoevgrad, as well as several orchestras from Germany and Austria.

The concerts usually take place in the evenings on the open-air stage in the Nikola Vaptsarov Square in downtown Bansko. Throughout the entire week, the resort of Bansko is transformed into a platform for jazz music and the lovers of the genre can enjoy an incredible variety of performances on smaller stages in the resort’s local bars and restaurants.

In Bulgaria, cherries are one of the most favoured fruits used for preservation and the making of jams, fruit juices and even alcoholic beverages (a tasty liqueur called Vishnovka). Cherry season is often associated with the arrival of spring as well as the harvest of the delicious fruit. The locals here have been preserving it for centuries and many will tell you there’s nothing as tasty as a homemade cherry jam with some pancakes for breakfast.

The festival lasts two days at the end of June every year, and it’s a great opportunity to get to know the incredible cherry varieties that grow in Bulgaria, and especially in the Kyustendil region. This is the region where some of the very best-quality cherries are produced. Participants in the festivals are often locals and some smaller helpers from schools and kindergartens. The festival is a great chance to both taste and purchase products made from cherries, created with love by the locals themselves.

Visiting a festival in Bulgaria is a great way to experience the magic and diversity of local culture. The country is a unique blend of ancient and modern traditions, and getting to know them better is nothing short of an adventure you’re not likely to ever forget! 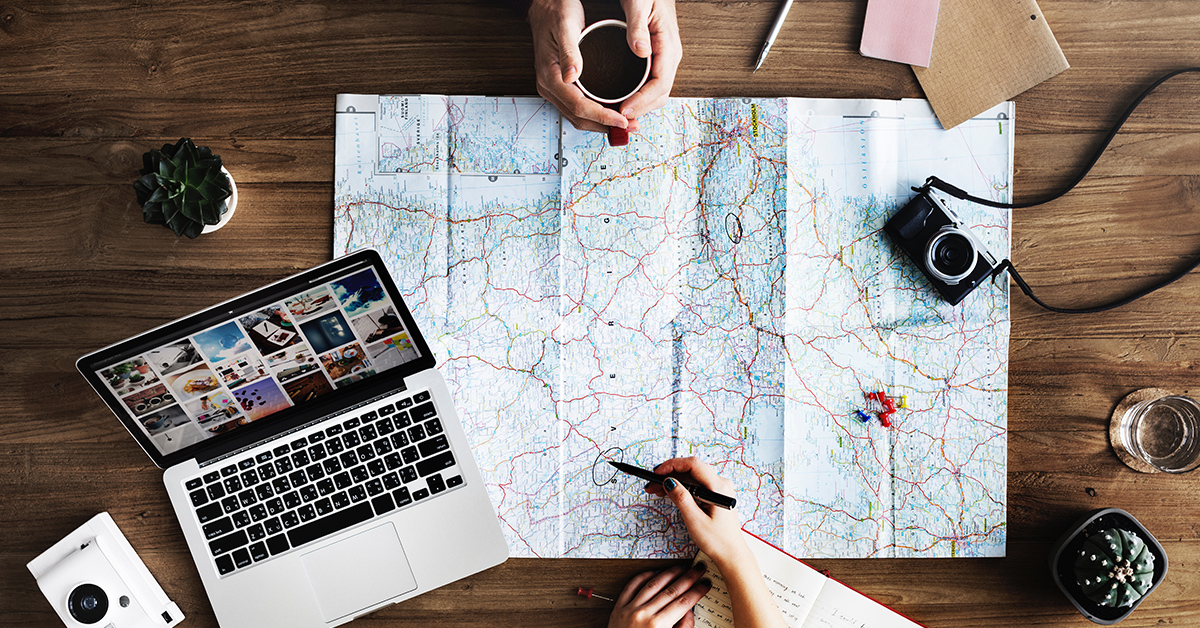 City guides have always been every… 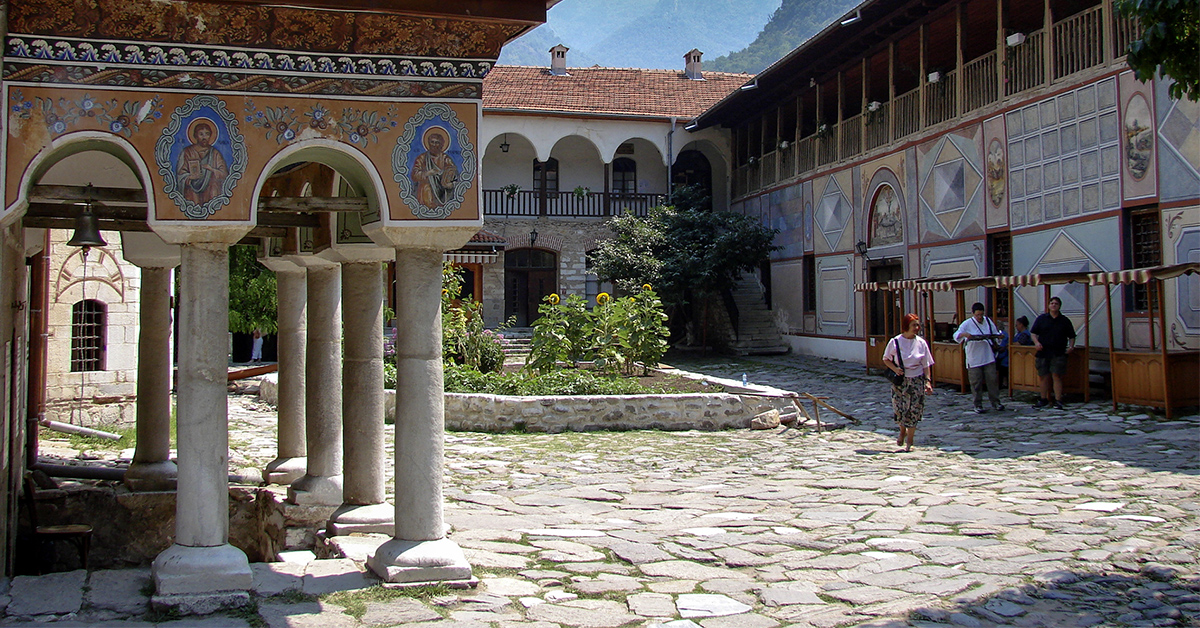 Proof That Bulgarian Monasteries Are The Most Beautiful In The World

Bulgaria is an ancient country with an… 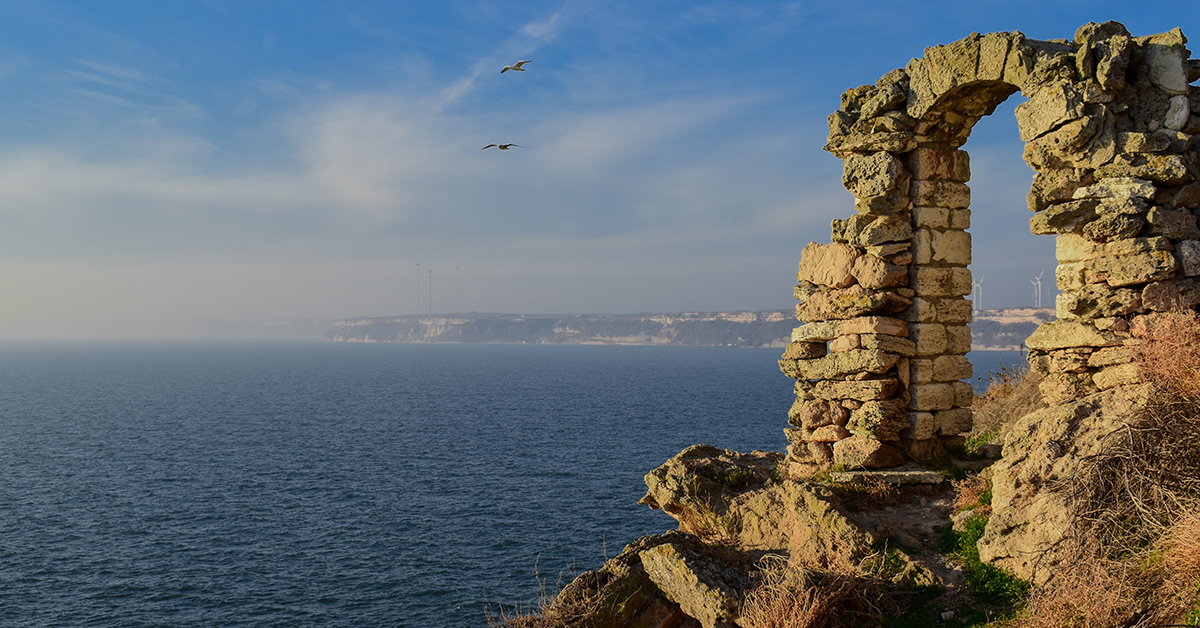 10 Beautiful Places You Won’t Believe Are In Bulgaria

For centuries, Bulgaria has been praised…