Opera Open: How It All Began

This year has certainly been a memorable one for Plovdiv as it became the European Capital of Culture alongside the city of Matera. A new wave of culture, events and numerous festivals took over the streets of the ancient city as people from all over Bulgaria, as well as the rest of the world, made their way here. One of the most highly anticipated events on this year’s calendar is without a doubt Opera Open 2019. So what do we know about a festival that’s gained so much international attention in recent years? Let’s look at the brief history of the Plovdiv State Opera and the Opera Open festival!

Let’s go back in time…

Culture and music have always played an important part in the lives of Bulgarians and even to those who inhabited the lands far before them. The rich cultural heritage of Plovdiv is a unique example of this. There are countless well-preserved ruins all over Plovdiv that once belonged to the Roman Empire. Some of the most notable ones include the Ancient Theatre in the Old Town. This incredible amphitheatre was once a popular venue where many events and festivities took place in order to entertain the Roman citizens of ancient Plovdiv. The 2000-year-old venue used to host between 5000 and 7000 spectators! 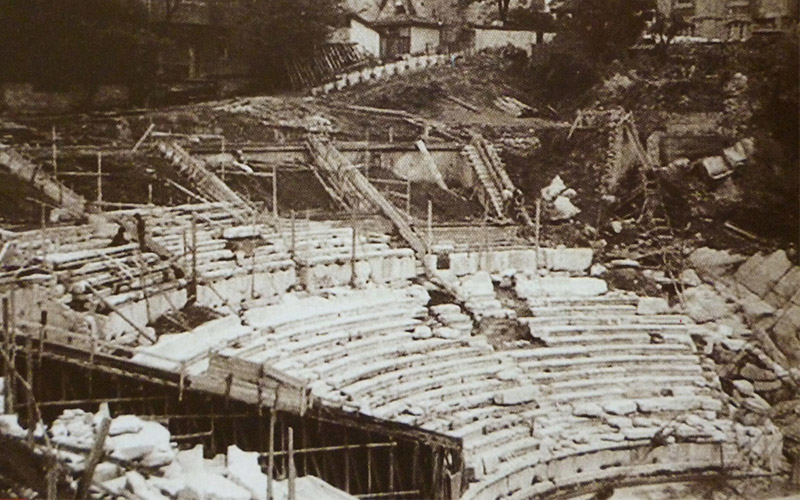 This same venue is now the place where Opera Open is held every year. Anyone who’s ever attended a performance there will tell you that it’s a truly unique experience. The Opera Open music festival is a project created by the State Opera Plovdiv. Although the festival has been around for about 35 years, the history of those who helped build and establish it at as the prestigious event it is today, go way back.

The Opera of Plovdiv

The Opera of Plovdiv was established back in 1953. Its very fist ever spectacle was called ‘’The Sold Bride’’ by B. Smetana. After that, the Opera continued building its reputation with the works of Verdi, Puccini, Masani, Leonkavalo, Mozart, Rossini, Bellini and many others well known and respected artists in the field of opera.

The most notable events in the history of the Opera of Plovdiv are generally associated with the incredible open-air performances. This tradition started in 1965 with a few concerts on top of the Liberators Hill. All that changed in the 1970s however, with the excavations of the Ancient Theatre which was accidentally discovered after a landslide. This magnificent Roman monument became one of the most popular venues in Plovdiv (and is to this day) where plays, events and festival regularly take place. 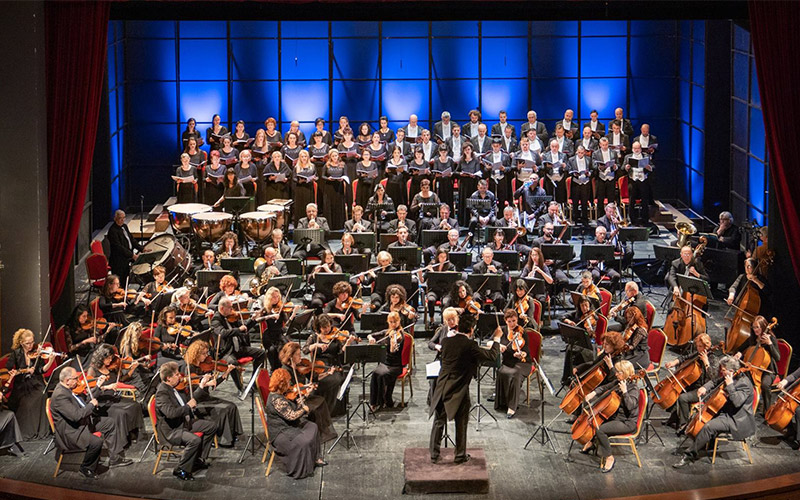 The Symphonic Orchestra of Plovdiv

The Symphonic Orchestra of Plovdiv was the first state orchestra outside the capital. It was established in 1945, but its roots lie on a 100-year-old tradition for orchestra music in Plovdiv. Back then the city was the biggest cultural centre in the legendary Thracia.

Nowadays over 100 high-qualified performers are included in the orchestra with a repertoire of symphonic and opera music. A huge number of professional performers, conductors and soloists have started their career in the Symphonic Orchestra. The orchestra itself has played in renowned concert halls all around Europe.

The union of the Opera of Plovdiv & The Symphonic Orchestra

In 1999 the Opera and the Philharmonic Orchestra of Plovdiv were united in a single society. This became official back in 2010 and the new society took on the name of State Opera of Plovdiv. This proved to be a very wise decision as now the cultural institute has been extremely successful in organizing and performing various symphonic and chamber concerts in the field of opera, symphony and ballet.

Opera Open – a festival with worldwide recognition and prestige 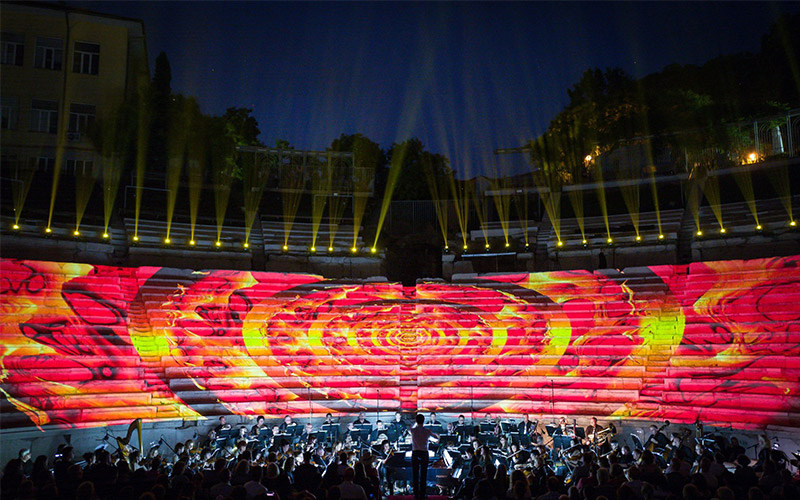 We already mentioned the long history of open-air performances of the Opera, but since 2017 the festival has enjoyed a wide array of shows all performed at the Ancient Theatre in Plovdiv. This includes presentations of new artists and premiers, co-productions with international influence as well as hybrid-genre projects. They all feature active international partnerships with guest performances from artists working across Europe and around the world.

So who’s been up on the stage of Opera Open? Over the past years names such as Paata Burchuladze, Hui He, Ana Lucrecia Garcia, Elisabet Strid, Donata D’Annunzio Lombardi, Alberto Gazale, Christian Benedict, Lala Leigh, performers from the Vienna Volksoper and the Budapest Opera, prima ballet dancers from the Bolshoi Theatre and many others. 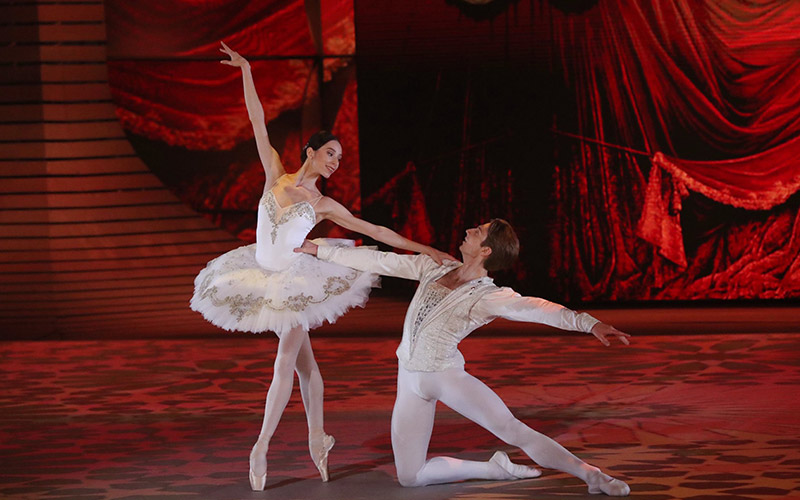 The highlights in Opera Open 2019 programme are the premiere of ‘Orpheus’, directed by the leading Italian director Stefano Poda, as well as ‘La Forza Del Destino’ – a large-scale co-production with Teatro Regio di Parma – a Verdi festival, and the ballet performance with stars of the Bolshoi Theatre in Moscow.

The festival features world-famous opera performers and conductors from Europe, the USA and Asia, as well as Bulgarian singers and musicians with established international careers. You can learn more about the programme here.

The festival itself is a reason enough for a trip down to Plovdiv and should you happen to visit this year (or perhaps the next) do take time to explore this beautiful, ancient city – you won’t regret it. With Plovdiv City Card you get a discount on your Opera Open ticket, so don’t miss out on this opportunity to see something amazing during your trip & save!