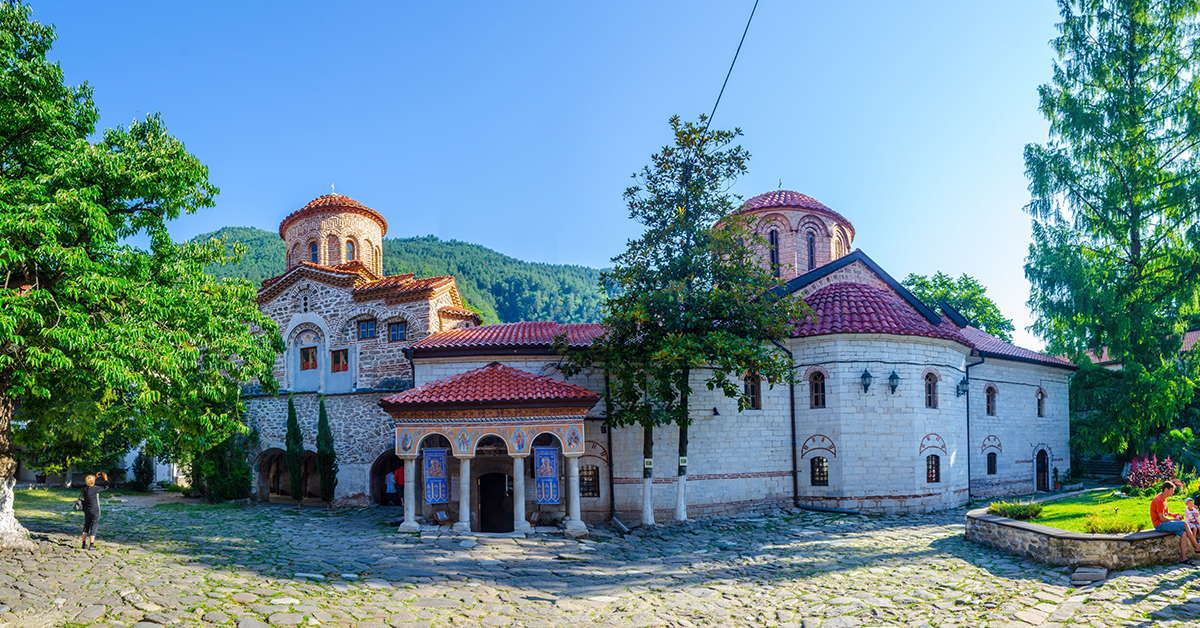 The monasteries near Plovdiv will give you a glimpse into the rich history of Bulgaria and the region. So why visit them? Throughout centuries of invasion and destruction, monasteries have stood as a symbol of faith and an important unifier for the people.

Many of these monasteries have been restored throughout the years and are still functioning today! Here are the ones worth visiting in the region of Plovdiv! 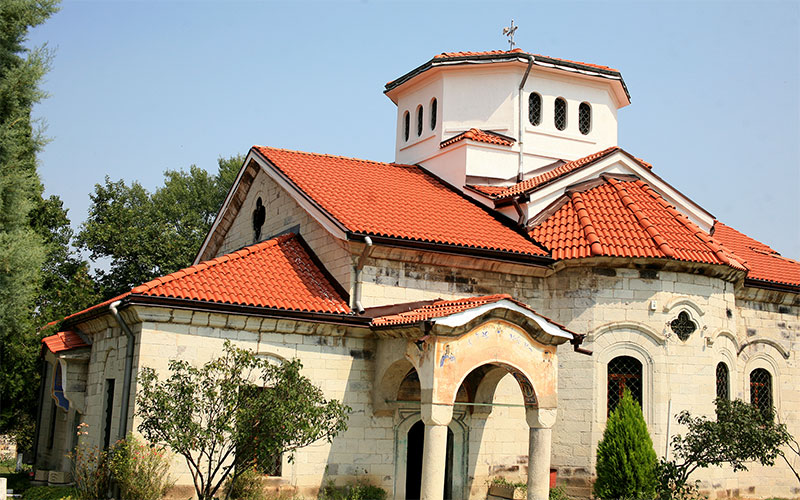 Тhe Arapovo monastery “St Nedelya” is located 8km to the northeast of the town of Assenovgrad, close to the village of Zlatovrah (formerly named Arapovo). Construction of the monastery began around 1856 (during the Ottoman rule) and was initiated by the hieromonk Sophronius.

There is a local legend about a holy spring nearby which is said to be the reason why the monastery was built there. According to the legend, a local Turkish ruler named Arap Bey took his sick beloved there and after claimed that the water from the holy spring healed her. To show his gratitude, he donated a piece of land and allowed for a monastery to be built around the spring. 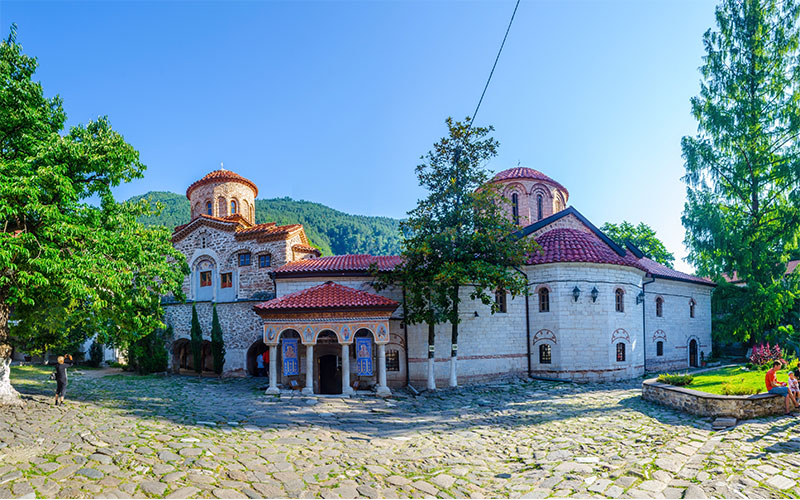 Bachkovo monastery is one of the most important monasteries of the Bulgarian Orthodox Church. It is the second biggest in the country after Rila monastery and certainly the most well known and visited one in the Plovdiv region. It lies in the valley of the Chepelare river (also known by the locals as Chaya), about 10km to the south of the town of Assenovgrad and is surrounded by the beautiful Rhodope mountains.

The village of Bchkovo has grown into a developed tourist site with dozens of small shops, stalls, and restaurants spread across the street leading up to the monastery. There you can find all kinds of handmade products made with love from the locals themselves! That means everything comes from the Rhodope mountains – rare herbs, home-made jams of wild fruit, yoghurt and white cheese made of sheep or buffalo’s milk, carpets, and many more.

The monastery conserves a huge number of icons, paintings, church buildings and very precious examples of church utensils from the 11th – 19th centuries. The most intriguing aspect of the monastery is the Cathedral, where the miraculous icon of The Virgin Mary is kept. The icon is claimed to be able to cure the sick and help the childless and is well known across the country. Every year, especially during Easter many people head down to the monastery hoping to receive help and have their prayers answers.

The Red Wall Reserve is located just opposite the monastery. It’s a great place to visit and enjoy the beautiful nature of the Rhodope mountains. There are waterfalls, long meadows, eco trails and you can even go up to the church where the miraculous icon of the Virgin Mary was originally found.

The Kuklen Monastery is dedicated to Saints Cosma and Damian, also known as “St Vrachi” (St. Healers”). The monastery is located about 15 km from Plovdiv, close to the village of Kuklen.

The monastery became well known ever since the reign of Tsar Ivan Alexander during the Second Bulgarian Empire. It was a major cultural centre which contributed to the education of grammarians, calligraphers and transcribers. There was an important literary school on its premises and a nearby healing spring which has been claimed to heal many people, especially those with mental disorders. Over the years the two healers helped many people living in the region and even the Turkish authorities protected them. 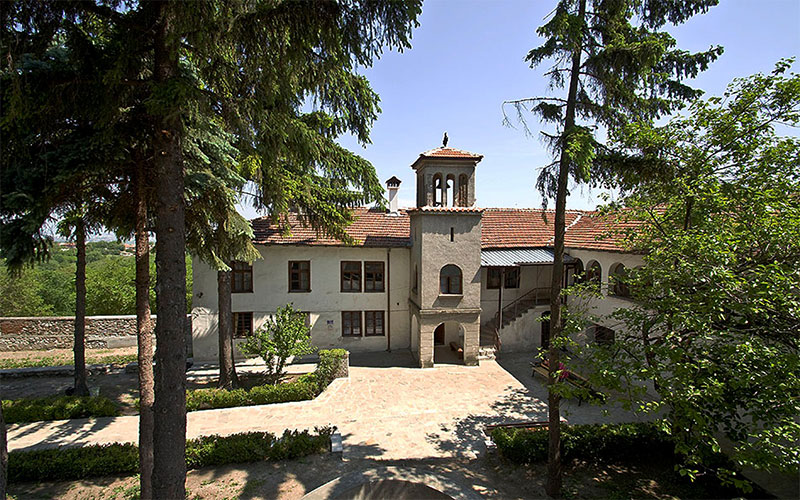 “St. George” Monastery, near the village of Belashtitsa, is located about 12 kilometres south of Plovdiv. The monastery was built in 1020 by the Byzantine commander Nikephoros Skifi. It was destroyed in 1364 during the Ottoman invasion and was restored only as late as the 18th century. It was burned down again in 1878 in the latest battle in the Russo-Turkish War. After the liberation of Bulgaria from the Ottoman rule, the monastery was completely restored.

Nowadays the monastery has been declared a monument of culture and consists of a church, chapel, dwellings and farm buildings. The church is one nave, one apse edifice with inner and outer narthex without a dome and frescoes. 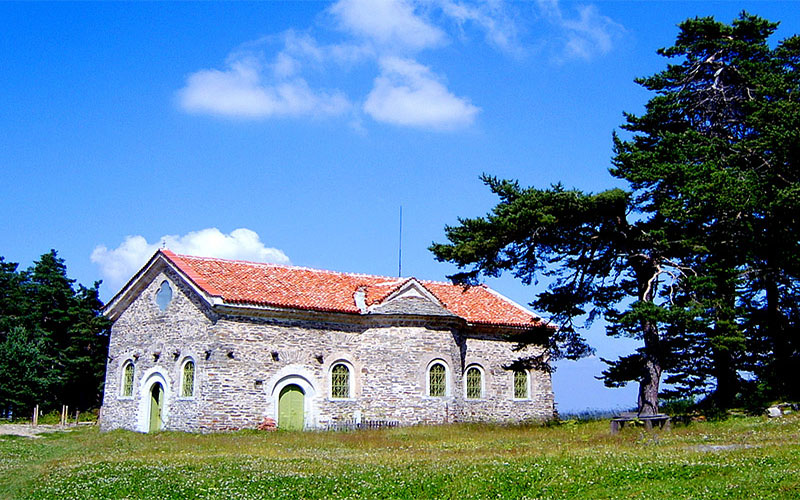 The Belocherkovski monastery of “St. St. Peter and Pavel” was built at 1650 meters above the sea level and it is the highest monastery in Bulgaria. It’s located about 25 kilometres away from Plovdiv and was found during the 6th century, making it one of the oldest monasteries in Bulgaria.

Like many others during the Ottoman rule, the monastery was destroyed and rebuilt several times. The current one was reconstructed in 1883 and the church can be seen from very far, which is why it’s called Belocherkovski (White Church). There are no murals in the church, but there are a lot of icons by unknown masters, just like “St. Nikola” icon.

Every region around the Rhodope mountains is unique in its own way so don’t hesitate to find out for yourself! The rich history of the monasteries and the beautiful scenery make for a perfect day trip. And if you would love to explore further, check out our list of the most beautiful churches in Bulgaria > 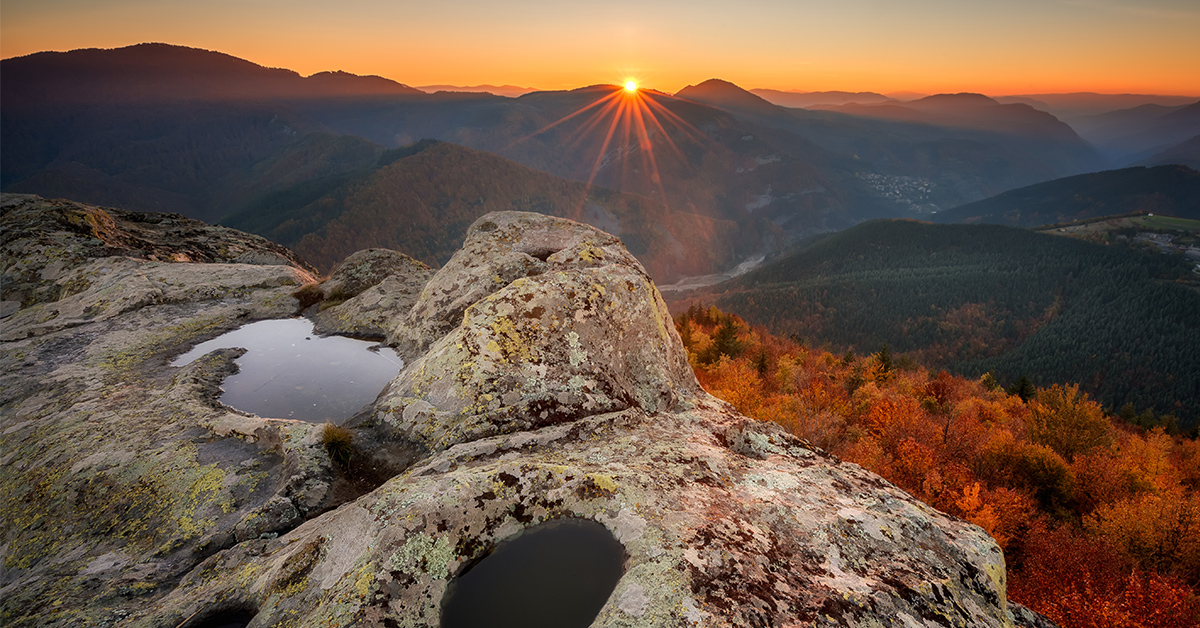 Day Trips From Plovdiv To The Magnificent Rhodope Mountains

Plovdiv lies at the foot of…